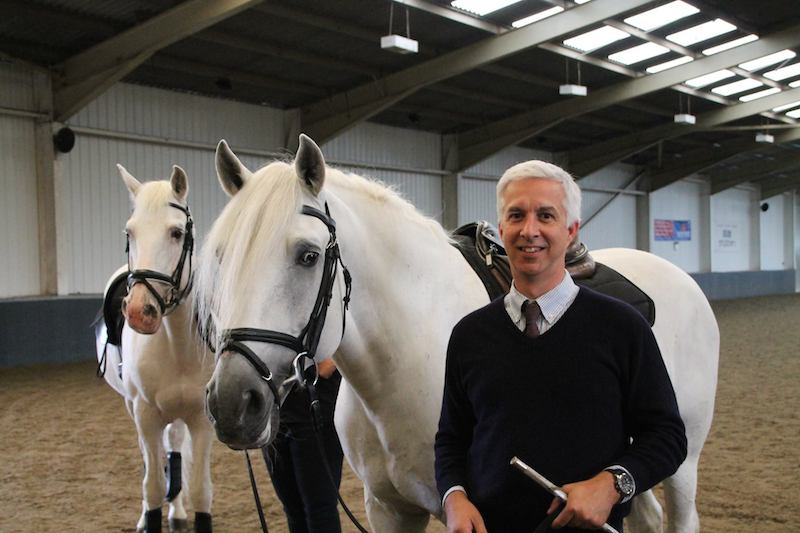 Nuno was one of 5 top classical riders invited to present at the 21st year celebration of the Classical Riding Club that began in the UK and is now a leading International Organisation with members from all around the world. He even had the honor of being on all the marketing posters.

The event was held in the UK at the end of July with a full house and full day of demonstrations, learning, talks and meeting people.

one working in hand showing in lateral work. How to prepare the horse and teach simple lateral movement in a calm and confident way.  The second horse was a top Lusitano that was actually the reserve in the 2012 Spanish Dressage team. Nuno explained to a young 14 year old boy Zack the son of Tina Layton at Contessa Riding Centre and owner of the horses – how ride piaffe and passage and making the transitions.  It was wonderful to see. 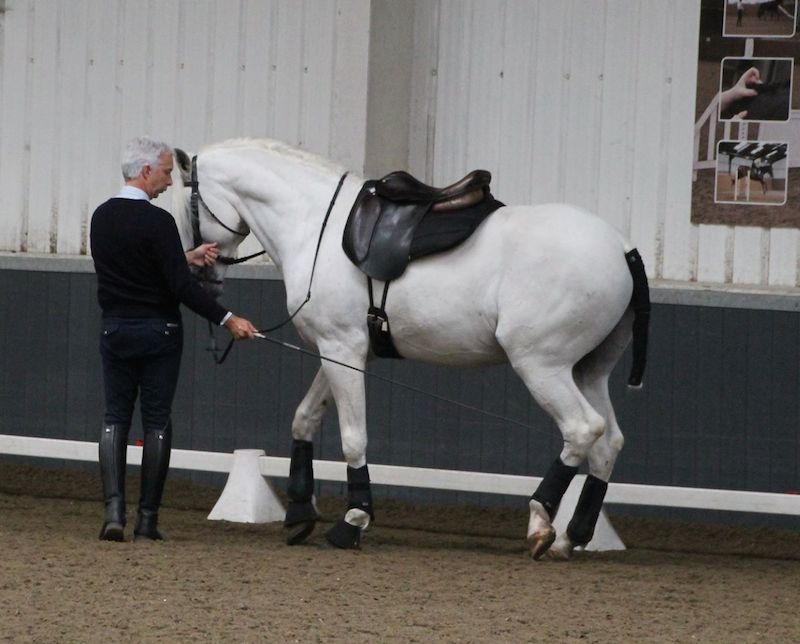 Here is a link to a write up of the event http://www.classicalriding.co.uk/21st-anniversary-event-by-its-founder/ 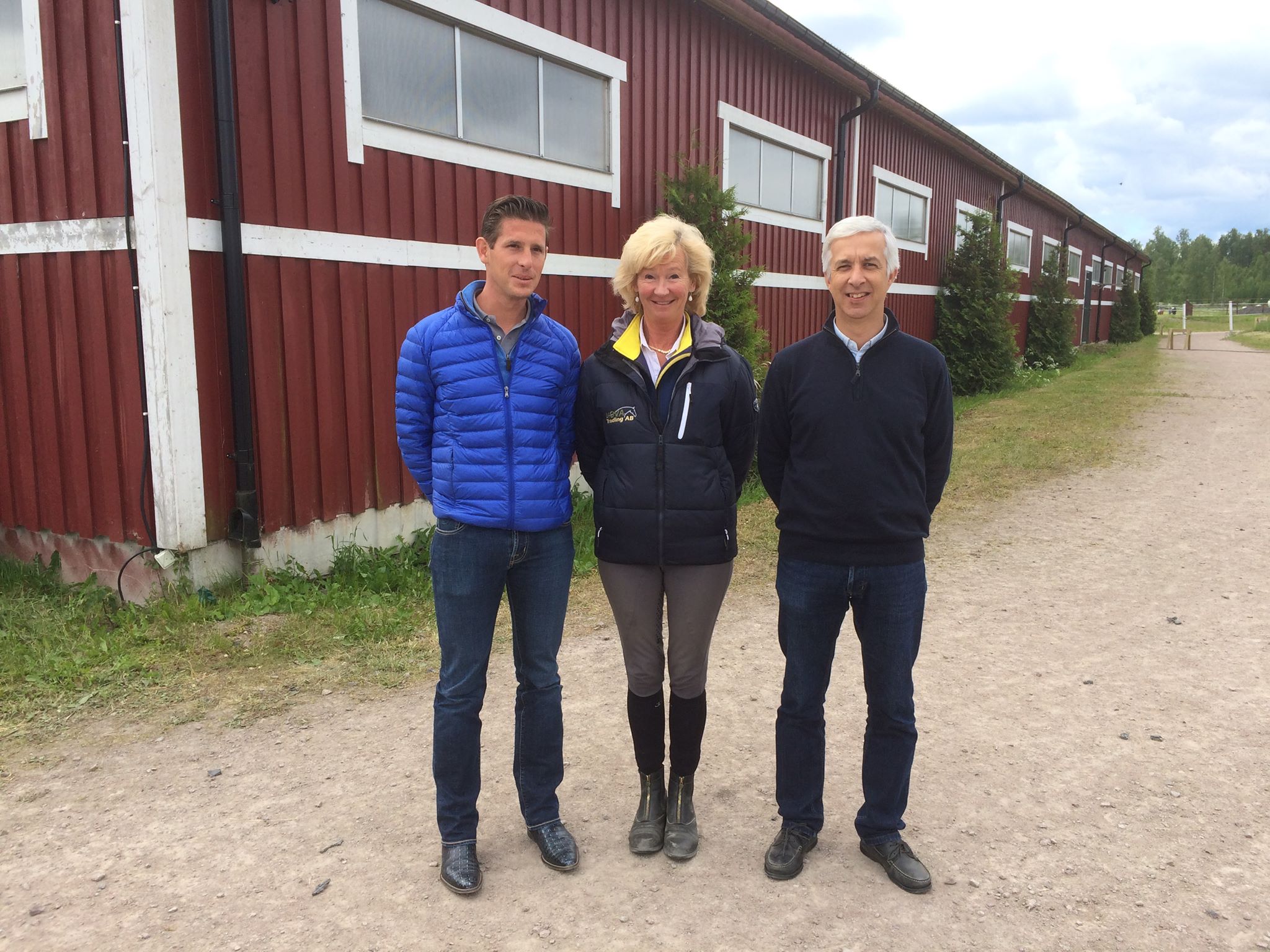 In June 2016 in Sweden Nuno was honored to be invited to be part of a dressage team at a charity dressage event called Dressage Against Cancer. It was an original event – for horses and ponies from LC to PSG. The role Nuno had was along with two other leading International trainers they showed the similarity and differences in the three training systems.
The trainers were
Marianne Essen, Sweden head dressage trainer at Strömsholm
Simon Missiaen, Belgium trainer,horses teachers and Belgium team rider
Nuno Cavaco , Portugal trainer in both classical and academic riding

The event was a huge success and it looks like it will become a regular show. 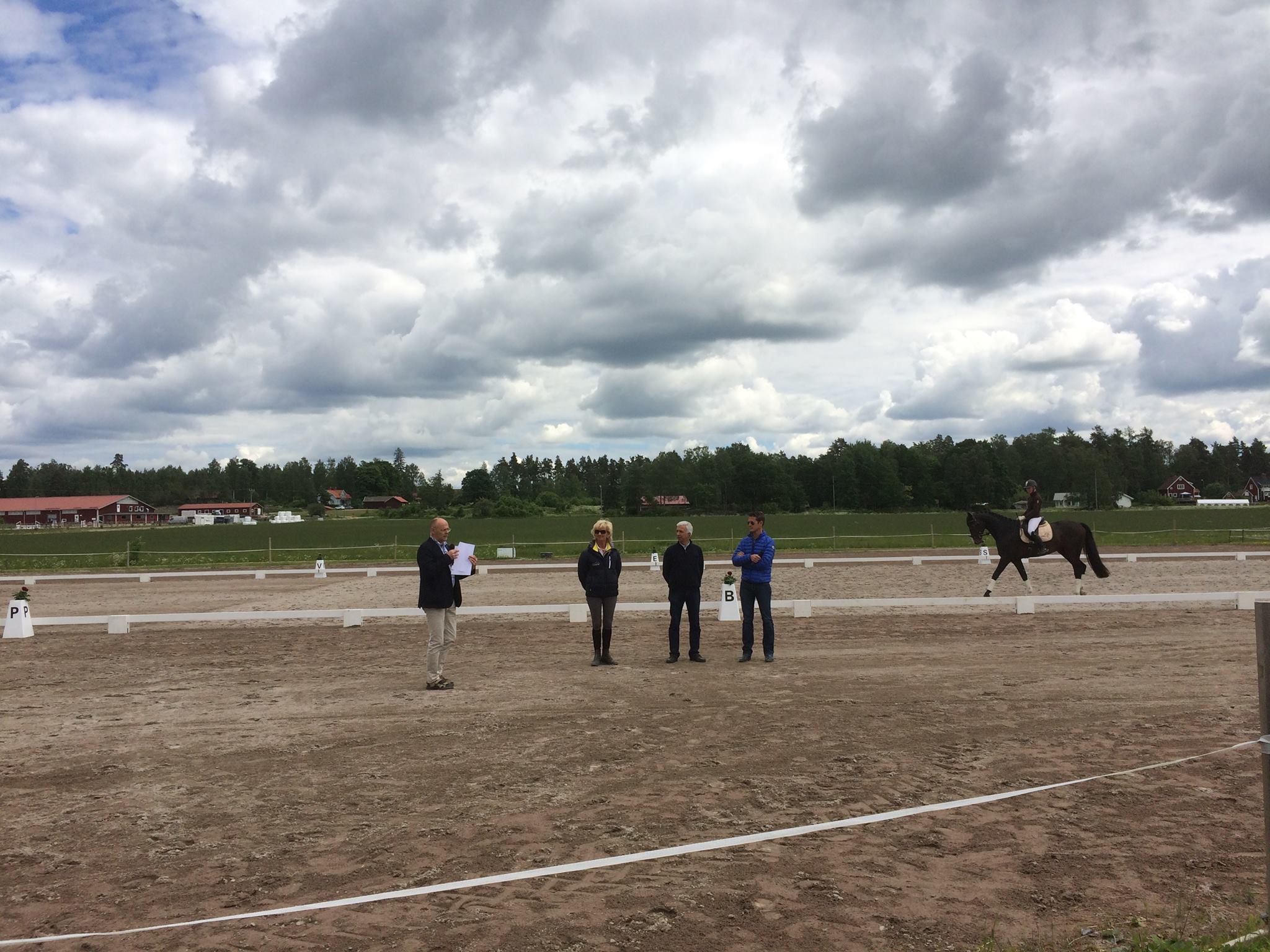 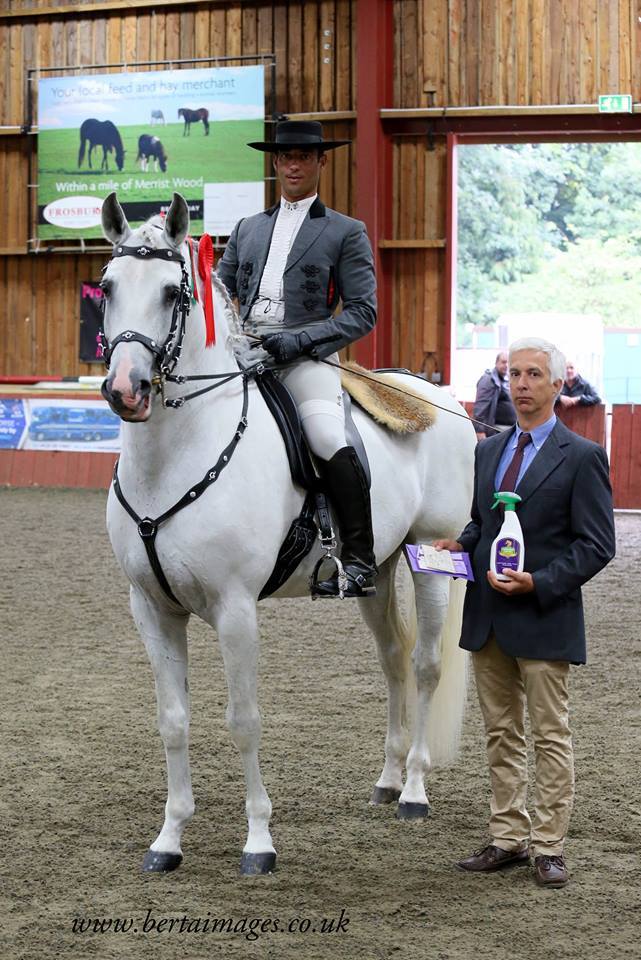 The extremely successful Iberian Performance Show in the UK and brain child of Sherene and Leila Rahmatallah invited Nuno to judge the model and gaits classes, finishing with champion of champions and the  tack and dress classes. He also gave a demonstration in long reins and in hand work.

The event was highly successful with a large attendance. 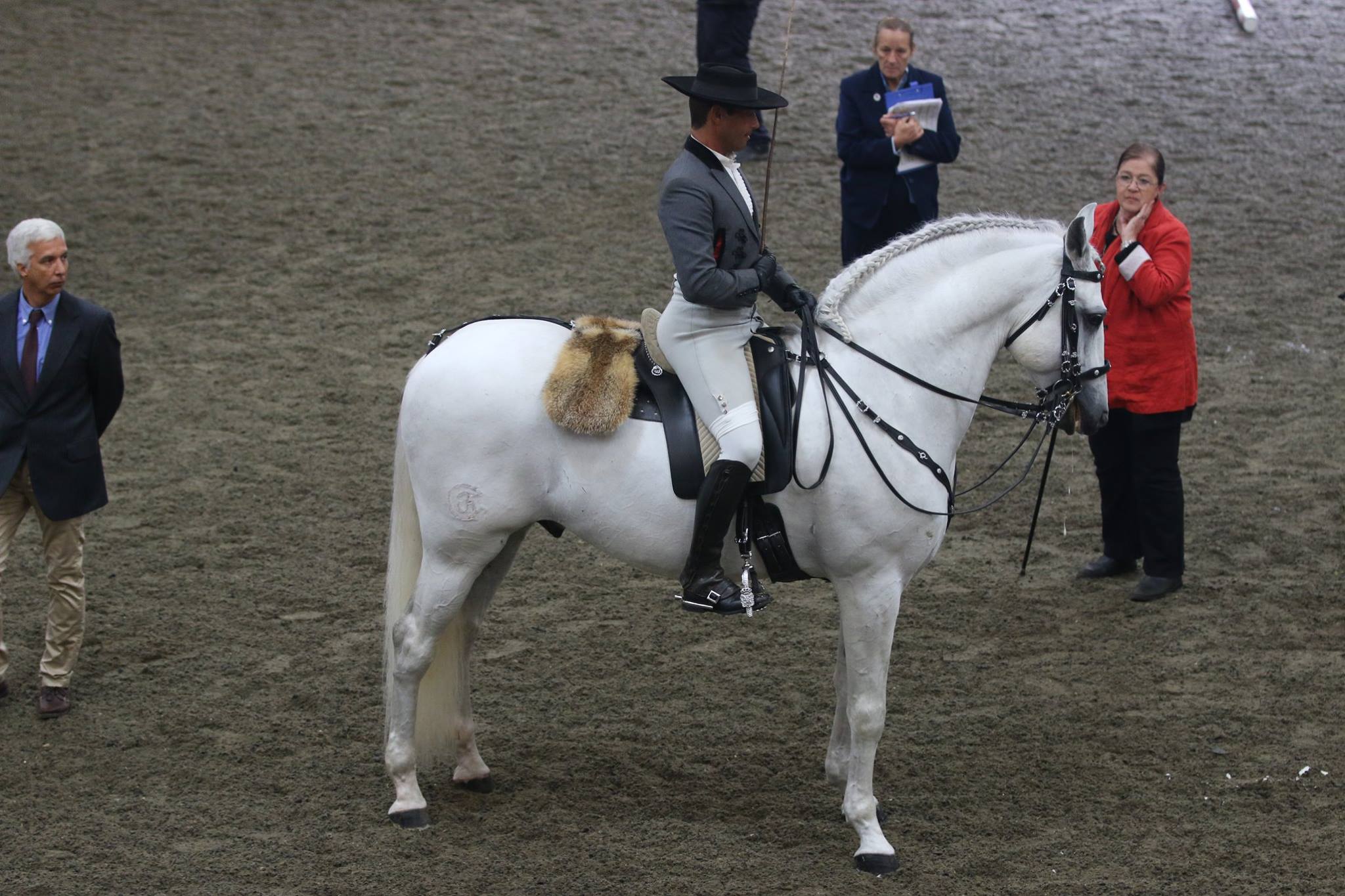 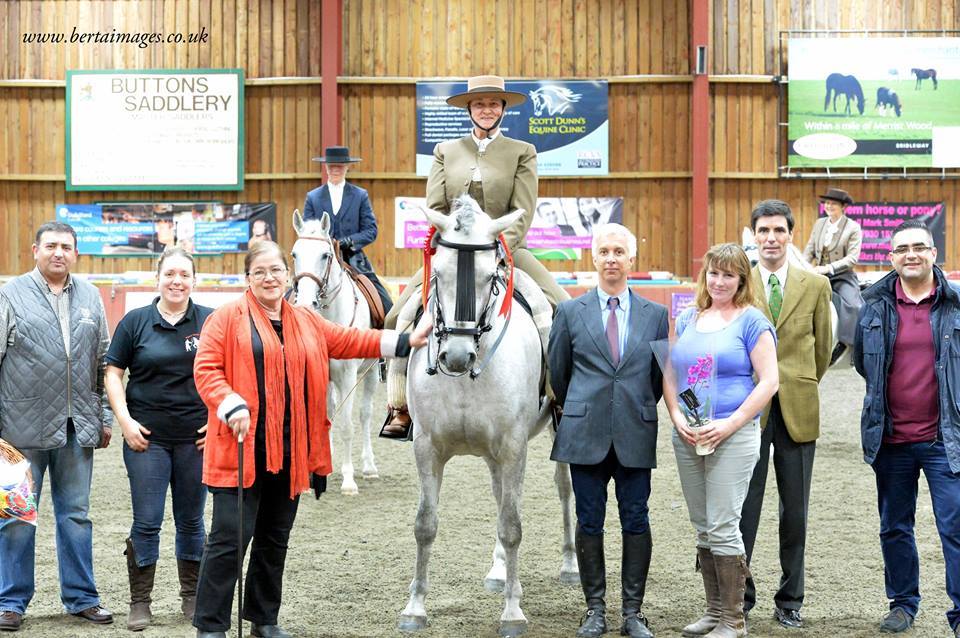 We Have known of Nuno for many years and had been trying to be able to train with him but circumstances got in the way. Finally we managed to join a clinic organised for him in Somerset. Meeting this quiet man and seeing him work with all the horses was impressive. When he worked with our own horses he was amazing and has transformed totally our way of training. His gentle way, approach and lightness was so obvious to us and the horses, he is a true horseman with a classical approach, he is so polite and soft with the horses they become like putty in his hands. We were over joyed with the experience and look to learn with him regularly. We have already been to Portugal to train with him in both ridden and in hand work it was brilliant.

How to Find Us