The Importance and History of the Bloodlines

The Lusitano horse is native to Portugal in fact originally Lusitania, and was originally then the same breed as the Spanish – Pura Raca Espanola.   These iberian breeds roamed wild over rolling hilly, rocky landscapes are at the root of the early classical principles.  Their nobility, intelligence and appearance made them the chosen mount of chose the ancient Greeks and the Romans. Being compact, athletic horses they were trained for battle, thus demonstrated their aptitude for high school movements, agility to perform on the battle field also their reliability along with a true commitment to their rider.

The breed is internationally renowned for its willingness, nobility and bravery, majestic horses with a very high level of intelligence, making them an extremely trainable partner. This trainable attitude combined with their noble appearance has meant that they have been a status symbol for their riders, for many hundreds of years indeed have been in the past the chosen horses of Royalty. They are well known for their performance in many disciplines, especially in dressage, equitation and classical horsemanship and bull fighting.

The Lusitano’s generous temperament and ride-ability make it an attractive prospect for amateur and professional riders alike. Nowadays they are making significant impact in International Dressage Competition, International Carriage Driving Competition and are leaders in Working Equitation.

Which are: Andrade, Veiga, Alter Real and Coudelaria Nacional -Portuguese National Stud. Each bloodline meets the specific breed standards, but their individual characteristics differ from each other.

The six foundation horses are:

The Alter Real stud, was founded in 1748 by King D João V. Today the stud is located in Alter do Chão, in the heart of the Portalegre countryside.

Originally called Alter do Chão, its name was later changed to Alter Real. The stud’s foundation horses, were brought over from Spain, in the early 18th century, consisting of three hundred mares, of the very best bloodlines and quality. Between 1809 and 1810, the breed was threatened during the Napoleonic invasions, when the French troops stole the best examples of the breed. 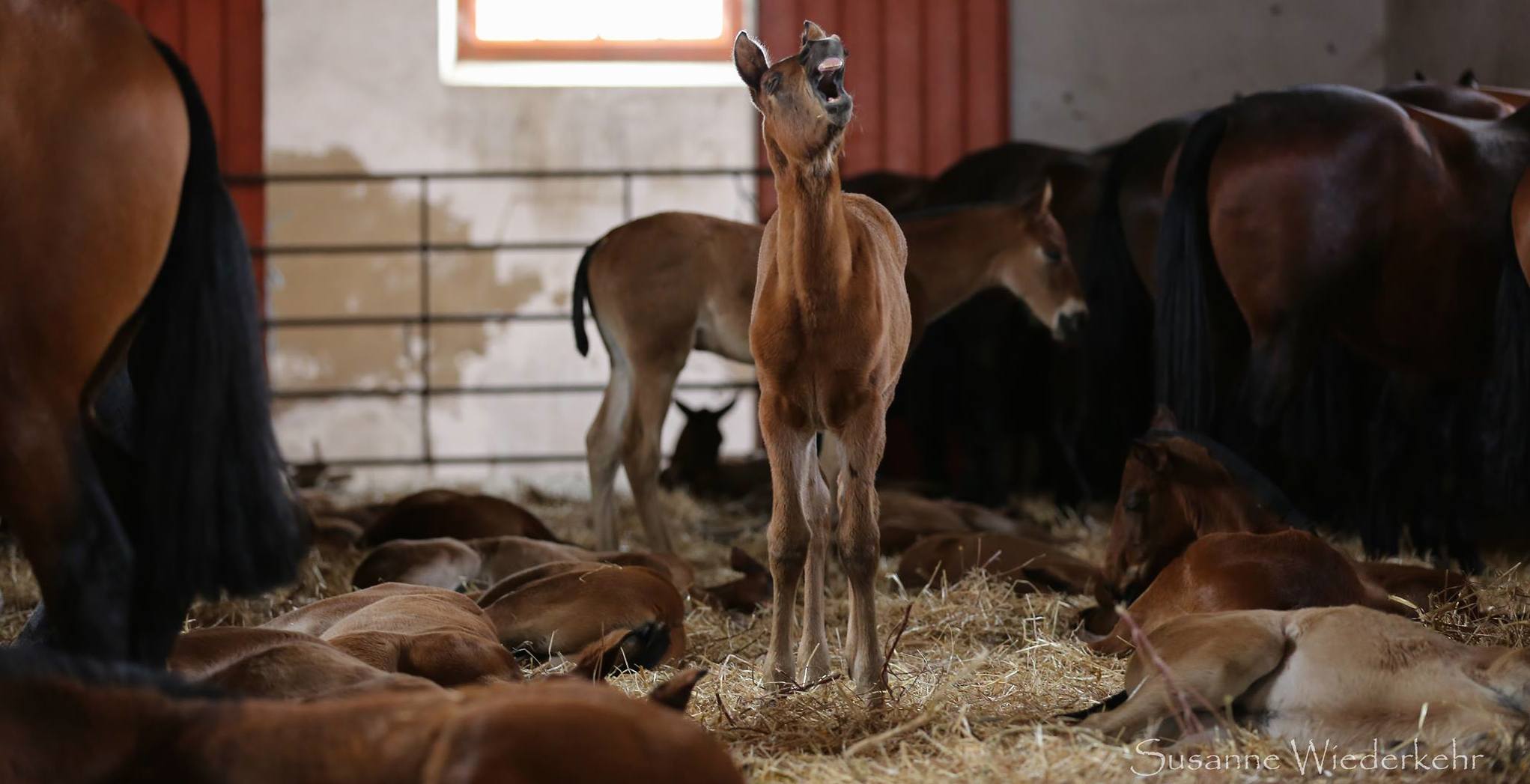 Alter Real, breed the famous bay horses used in the Portuguese School of Equestrian Art. A typical Alter Real horse, is very baroque, looking almost the same as they did in the 18th century. They are very compact, round horses, with high knee action and willingness to learn, making them the ideal horse, for the Portuguese School of Equestrian Art.

Today, the Alter Real Stud, is controlled by the Portuguese Ministry of Agriculture.

Many Alter Horses are very successful in competing Internationally in dressage such as –
Guizo who won a silver medal in the Athens Olympics in 1973 for Spain and more recently Rubi with Goncalo for Portugal competed at the Olympics in London. 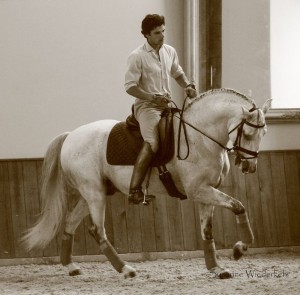 The Veiga stud, was founded over 180 years ago by Rafael José da Cunha, in Quinta da Broa, Azinhaga do Ribatejo, where the stud still breeds horses today.

Today, the Stud still strive for excellence, aiming for the best selection of mares, based on the type, the bloodlines, the quality of the offspring and their functionality and characteristics.

Veiga horses are known to be very brave, sensitive, agile, and quick, better suited for bullfighting, which they were originally bred for.

These horses also compete in Dressage and Working Equitation, at international level.

This stud has won more Breeding Championships, (since the end of last century to the present day) than any other Stud. In 1970 and 1972, the Stud was the Iberian Champion, as well as many other honorable winnings, from other years.

today, they also excel in dressage and working equitation. The Andrade horses are known for their presence, movements and temperament. After Ruy d’Andrade’s death in 1967, Fernando Sommer d’Andrade, inherited the stud and continued to produce excellent results. Now, the stud and bloodlines are split into three other studs, owned by his children. Today, the other studs occupy land in Coruche (Emilia D´Andrade Oliveira e Sousa), Elvas (Coudelaria D´Andrade) and Torres Vedras (Vilhena D´Andrade).