Galloping along the beach at lightning speed, Dylan Jones and his steed Diablo are a sight to behold. Together for 20 years the horse and rider team are a perfect combination of harmony, trust, skill and partnership.
From a distance you would never know ….even close up maybe not BUT there’s one major thing that sets this horse apart from the others.

Diablo has no Eyes!

The 28 year-old Welsh Section D stallion is one of the famous Dolbadarn Film Horses, in fact probably the most experienced horse they have, and he is still performing. He’s an exceptional horse that has not let the small detail of losing his eyes stop him from continuing to do his job – galloping on the beach, climbing mountains performing on film sets Diablo is undoubtedly a true STAR!

When Dylan Jones and his father were looking for young horses. The Welsh section D breeder invited them to see the young stock in the fields it was during their walk that they happened upon a bay stallion running out with the mares – it was Diablo, the owner warned them to be careful

´He could be dangerous – as he was with the mares and foals´.

But the moment Dylan set eyes on the fine bay he was completely smitten. He saw the stallion stood proud, snorting with his long flowing mane.

He knew he had to have him.

Quickly Dylan Jones persuaded the breeder to sell him the horse. At that time Diablo was 8 years old, a breed stallion without any training at all – but he was a natural performer right from the start. Diablo rapidly became the favourite horse in their stable. 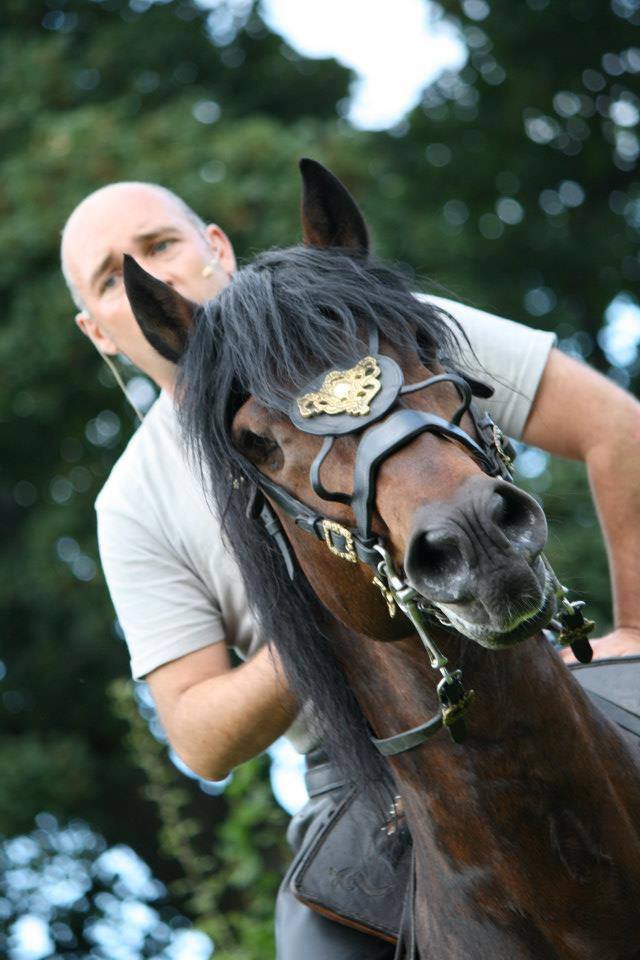 With Dylan it was a  “Match Made in Heaven”.

After the extensive training required for film horses which includes trick riding, action riding, jumping through fire the fiesty Diablo was always Dylan’s personal horse, regularly accompanying him on film sets. The pair went on to star together in many productions as a formidable horse and rider team. They have appeared in Steven Spielberg’s Oscar nominated movie War Horse, and Ridley Scott’s 2010 version of Robin Hood alongside Russell Crowe.

But Diablo hit international fame after starring as Merlin’s horse in the hit BBC series.

Diablo developed  an infection in one of his eyes and it began to spread deeper.

Dylan said “We believe it is possible he was kicked in the head when he was running with the mares, and because of the trauma, a cataract later formed in one eye”.

The uveitis (inflammation of the middle layer of the eye) attached to the eye. Despite numerous treatments, nothing worked. Leading Dylan to be forced to make the heartbreaking decision to have Diablo’s eye surgically removed. 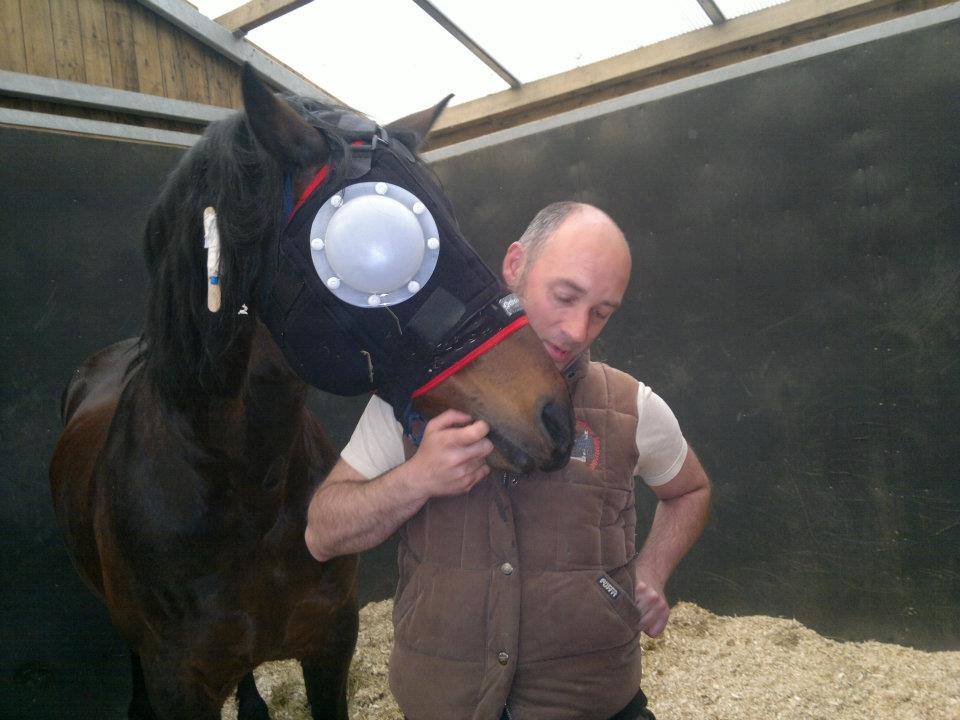 Much to everyone´s joy Diablo showed them what a true fighter he is, he continued working at the same level with just one eye.

However a few years later the infection returned in the other eye. This was because since both eyes are connected, the infection gradually travelled into the healthy eye. Dylan was devastated.

Dylan told us “Poor Diablo was in so much pain and I could not bare to see it, with his character fading away, we made the decision to have the second eye removed.”

They thought having no eyes would be the ultimate retirement of Diablo, but not for this brave horse. Diablo once again proved no problem is too big, he amazed everyone by showing that the loss of his eyes was not going to stop him at all.

Dylan – “Everyday is a blessing to be with this dear friend, I ride him regularly, we hack out, he is an trust and confidence giving companion for the young horses out on the roads. I cannot imagine being without him”.

The trust bond between Dylan and Diablo has enabled the stallion to remain in service, healthy. Happy and still so proud.

In fact he is so spectacular he can still perform everything he could do when he had his eyes, he’s an actor trained horse, he’s quiet, trust worthy, brilliant, intelligent and gentle.

We’ve had lots of adventures together. He’s really special, he’s my legend.”

Honestly Dylan I think he is all our Legends! 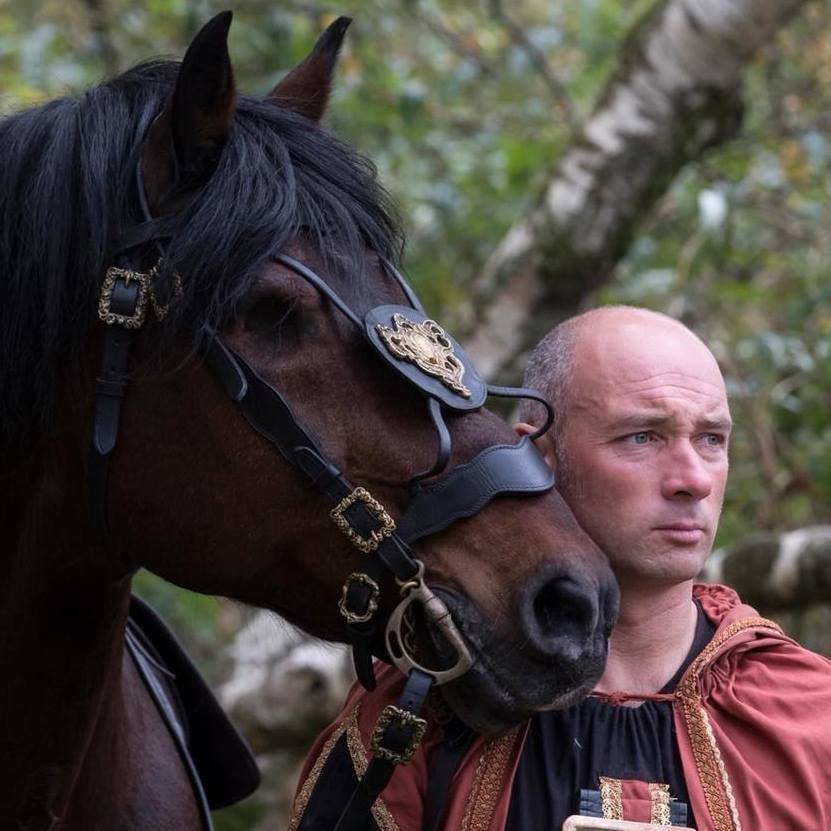 The joy of Riding Your Horse Out
Scroll to top