Articles
You are here: Home1 / Articles2 / Uncategorised3 / Gonçalo & Batuta must go to Olympics! Gonçalo Carvalho and Batuta need to be in the Olympics for the good of the Lusitano breed!

There is not a doubt – the Olympic Games is the world’s most outstanding sporting event. It is the biggest event athletes can participate in, it is the most important sporting event for businesses, for global relations and, not in the least, for international promotion.

It is of the up most importance that Batuta – the highest ranked Lusitano on the FEI world dressage ranking – gets to participate not only to represent Portugal, but more importantly, to represent and promote the Lusitano breed. Now we are at the brink of the 2016 Rio Olympics and Gonçalo Carvalho with Batuta, ranked 45 on the FEI world dressage ranking, are facing the prospect of not qualifying due to new and untried qualification rules together with some questionable rulings during the last qualifying events.

This is NOT the time to sit back and think: “What a shame, maybe next time”. We must support and promote this fantastic Lusitano mare and dressage horse – Batuta needs to be in the Olympics for the sake of the whole Lusitano breed.

It is a matter of investing in the future of the Lusitano breed. To support this the Lusitano has to have its best performing dressage horse 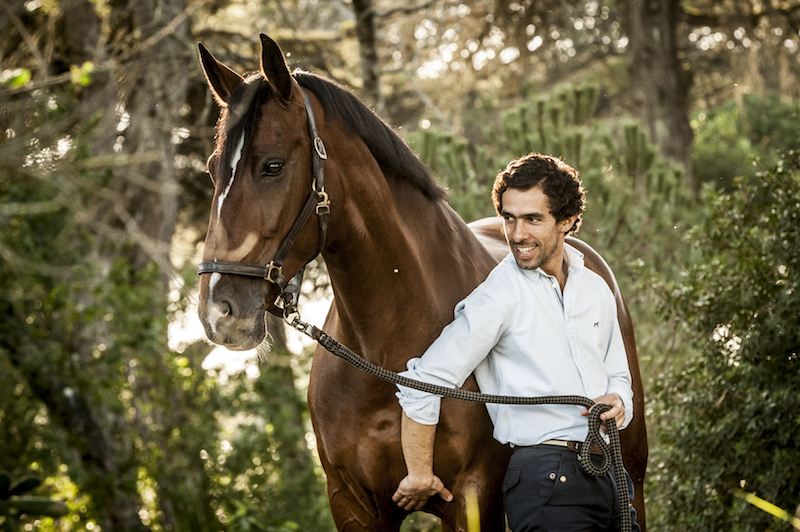 on the international platform that the Olympics provide in order to give the world a chance to see the qualities and the potential of the Lusitano horse.

It is great business for everyone of us connected to the Lusitano horse, competition riders as well as amateurs, but especially, breed associations and Lusitano breeders. To have Batuta participate in the olympics is without a doubt the best promotion for your everyday work that you could possibly get.

Batuta’s participation in the Olympic Games in Rio de Janeiro 2016 would be the payday for all your years of investment in making the Lusitano what it is today.

Batuta’s participation amongst the world’s elite would once again turn the eyes of the whole world’s dressage enthusiasts towards Portugal and its noble and ancient breed.

There is no better international promotion for a horse breed than having good representation in the Olympic Games.

Sign this petition going to the FEI dressage commission and invest in your future!